"
This article is part of in the series
Published: Wednesday 21st December 2022 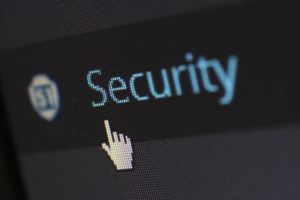 Long gone are the days when simple server security solutions were enough to maintain a relatively safe system. As the sophistication of cyberattacks increases, so too must our ability to defend ourselves against them. Instead of individual computers, cybercriminals aim for entire networks and organizations - instead of DDoSing the central server, they exploit vulnerabilities in the framework. This is where Python comes into play.

Python has emerged as a powerful programming language that can be used for everything from web development and machine learning to cybersecurity applications. Its popularity stems from exceptional intelligibility and substantial performance gains over other languages.

Including Python derivatives such as Django or Flask, Python is used more and more in various applications in which security and business continuity are a priority – whether it be your favorite movie streaming site or government networks. Here are some undeniable reasons why Python is useful in cybersecurity.

The debate on whether a programming language can actually be open-source has been raging for some time. But the answer is a resounding yes – especially when speaking about those with embedded interpreters or compilers, like Python.

The main benefit of open-source software is that it is free and easily accessible for anyone who wants to use it but also work on it. This makes it an ideal language for cybersecurity applications, as the open-source nature allows experts to easily incorporate risk management tactics and resolve security vulnerabilities.

Python Is a High-Level Language

Python, being a high-level programming language, offers the advantage of being far more readable and intelligible than other programming languages. This makes it easier for developers to pick up any code and work on it without any extensive documentation.

More importantly, however, it allows for more granular control over what data and hardware layers you're working with. An adequately deployed application should not allow direct access to the underlying hardware or system, and Python can help you achieve that.

Python Has a Wide Range of Libraries

Python libraries are packages of pre-written code that can be used in any program written in the language. This means developers don't have to write their own code from scratch every time they want to use the same functions or processes over and over again – they just import the library into their application and get on with building out new features quickly and efficiently.

From cryptography algorithms to malware analysis tools, there is a wide range of open-source libraries available for security purposes alone; many of which have been peer-reviewed by experts around the world, so you know your applications are safe as houses when built using these modules.

On top of that, using already-made libraries (typically) leaves you with less vulnerable code – which is precisely what you need when it comes to cybersecurity.

Python Is Compatible with Numerous Platforms

Chances are your app doesn't support every operating system out there, yet, having the ability to do so can be invaluable. Platform independence gives you the benefit of having a single codebase for all your applications, regardless of the device, OS, or application handler.

This allows for more streamlined infrastructure updates and repairs. Whenever a significant security vulnerability is discovered, the fix can be deployed across all of your applications without having to make changes and debug every platform separately.

Unlike lower-level languages, Python allocates and deallocates memory automatically. On the one hand, it makes it more convenient for programmers allowing them to focus on the actual code rather than the memory management. On the other hand, it makes it much harder to make mistakes such as buffer overflows and other security vulnerabilities that stem from bad memory management.

Moreover, Python's garbage collector provides an added layer of performance and reliability. This allows you to quickly build applications without having to worry about your computer's resources being overused or leaked due to poor coding practices. It needs no explanation why this can be a massive benefit in the world of cybersecurity.

Given the above-mentioned merits, Python is used for a wide range of cybersecurity applications. It can be used to develop intrusion detection and prevention systems, malware analysis tools, network security solutions such as firewalls or VPNs, and even cryptography algorithms.

Python also provides access to packages like Scapy, which allow developers to quickly craft custom protocols, such as sending spoofed packets that can help test an application's robustness against cyberattacks. Further still, it makes it possible for organizations to engage in data mining thanks to its vast number of libraries explicitly related to the field – helping them detect threats before they become active problems.

Other cybersecurity Python applications include:

Python is one of the most efficient and powerful programming languages used in cybersecurity applications. It offers open-source compatibility, a high-level language with excellent readability, an extensive range of libraries to bootstrap development, and automatic memory management – all while being compatible with numerous platforms.

For these reasons and more, it's no wonder why Python has become such a popular choice for security professionals who want to develop robust solutions that can protect networks from cybercriminals. As long as the language continues to evolve with modern technology trends, we expect its use in cybersecurity will only continue growing in demand over time.