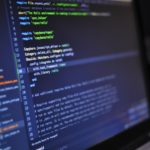 FastAPI Tutorial for Beginners: The Resources You Need

While Flask was created as an April fool’s joke in 2004, and Django was an internal project at Lawrence Journal-World newspaper around the same time, both these Python web frameworks gained massive prominence and popularity.  However, the Python of when these frameworks were built is different from the Python of today. Contemporary elements of the […]