Class vs Static Methods in Python

The most used methods in classes are instance methods, i.e instance is passed as the first argument to the method.

For example, a basic instance method would be as follows:

This gives us the following output: 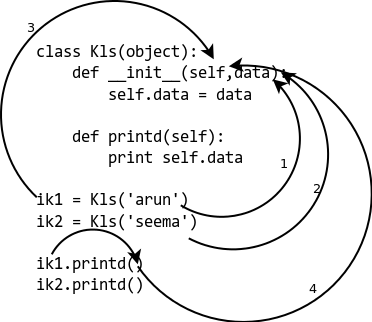 After looking at the code sample and diagram:

Now what if the method we want to write interacts with classes only and not instances? We can code a simple function out of the class to do so but that will spread the code related to class, to out of the class. This can cause a future code maintenance problem, as follows:

Gives us the following output:

What we want to do now is create a function in a class, which gets the class object to work on instead of the instance. If we want to get the no of instances, all we have to do is something like below:

Using features introduced after Python 2.2, we can create a method in a class, using @classmethod.

We get the following output:

The benefit of this is: whether we call the method from the instance or the class, it passes the class as first argument.

Often there is some functionality that relates to the class, but does not need the class or any instance(s) to do some work. Perhaps something like setting environmental variables, changing an attribute in another class, etc. In these situation we can also use a function, however doing so also spreads the interrelated code which can cause maintenance issues later.

This is a sample case:

Which gives us the following output:

Here if we use a @staticmethod, we can place all code in the relevant place.

Which gives us the following output:

Here is a more comprehensive code example, with a diagram to show you

Here's a diagram to explain what's going on: 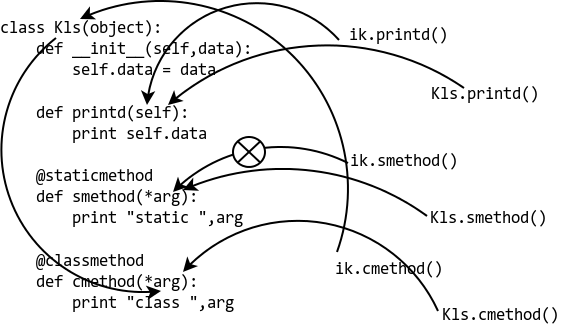