Guide for Starting Python Coding on a MacBook

"
This article is part of in the series
Published: Sunday 15th August 2021 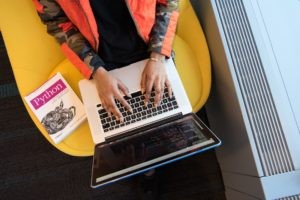 Learning Python is one of the best ways to enter the coding universe as it is a popular programming language with tons of functionalities. This is particularly the case when you pair the program with MacOS because Python is compatible with different MacOS versions.

A lot of young programmers are trying to master Python and they are doing the right thing, but it’s a process that requires quite some time and dedication. We want to help you kickstart the process by showing the most important details of Python coding on a MacBook. Let’s give it a look!

The Pros of Mastering Python

Python is the most commonly used programming language in the world. According to the report, there are 8.2 million developers worldwide who code using Python and that population is now larger than those who build in Java, who number 7.6 million.

What makes Python so special? There are many success factors here, but we will point out the obvious:

How to Install Python

Now is the time to install Python on your MacBook. Some laptops already contain Python, so you should first check in the Terminal by looking for “python – version.” If it’s not there, then you need to install the program manually.

It is also a simple procedure as all it takes is to visit the official Python website and click a large DOWNLOAD call to action. It will start the process that requires only a few more clicks from your side.

A .pkg file will pop up once you begin downloading Python. Once the download is completed, a new folder will appear and reveal the installer. After that, it is only a matter of clicking the button as suggested by the download program itself.

Python comes with a readymade text editor simply called TextEdit, but that’s not the best pick for a typical programmer. Namely, TextEdit is a bit messy and it doesn’t offer as many formatting options, so it’s good to replace it with a better tool.

Most beginners don’t mind IDLE, a text editor that more often than not comes with Python’s install folder. IDLE is a useful tool because it enables easy coding and also tests possible outputs when you finish building a new line of code.

Using IDLE is super simple. As soon as you launch it, the platform will create a new window, aka the shell. You can create a new file in the shell and a code editor will pop up. That’s it!

A single article is too short for teaching you how to code using Python on MacOS, so let’s just introduce you to the finest learning sources.

PythonCentral is always a good starting point with all of its tutorials, how-to articles, recipes, tips, and tricks. There is also Code Academy, a library of coding courses designed specifically for Python. Udemy has a great Python Bootcamp that starts with the basics and moves on to the more advanced stages of learning.

Python coding on a MacBook is certainly a good way to start your programming adventure. Although it requires a lot of dedication and hard work, the process will pay off eventually as you’ll become a knowledgeable professional capable of all sorts of coding tasks.

In this post, we focused on the earliest stages of Python coding on a MacBook. It’s just an introduction that should help you enter the stage smoothly and then move on to the higher levels of Python programming. Make sure to write a comment if you need additional explanations or reading suggestions – we are here to send you a prompt reply!