Python vs Java: Pros and Cons

"
This article is part of in the series
Published: Wednesday 26th January 2022 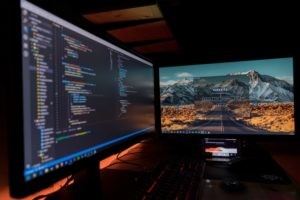 Java and Python are two of the most popular programming languages within the market right away. All thanks to their automation capabilities, versatility, and efficiency of operation. But, both languages have their merits and flaws.

They have a lot in common as well as plenty of differences that steer some coders towards Java and the others towards Python depending on their needs.

Let’s check the main pros and cons of these languages and make a comparison. This will assist you in considering the right programming language. Just keep in mind that not only is it important to opt for the language that meets your needs, but it is also equally crucial to find the most appropriate way to master these skills. 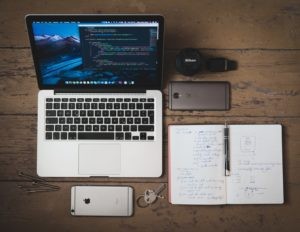 Java language is very popular and is known for being used in the development of major products and services. It is easier to learn as compared to other programming languages like C++ since it follows the OOP concepts. You can build effective applications methodically by using the various object-oriented programming concepts.

For a head start, you can learn Java on CodeGym, which will ensure that you deal with this Object Oriented Programming language like a pro.

It is relatively easy to grasp and perfect for beginners. It works perfectly in cases of a tight schedule or a deadline.

It is an object-oriented programming language. (OO). It implies sharing concepts with other known programming languages such as C# and C++. Objects simplify larger projects into smaller manageable sections, enhancing the developments. It binds and aids higher security.

The program is independent of the underlying operating system. This means that as long as Java Virtual Machine is available, your code will be operated on Mac, Windows, Linux, and more. This leads to an improved reach.

Java is a multithreaded language. As most modern systems use multithreaded CPUs, you can incorporate this feature as an advantage in developing multi-functional applications.

Java code is interpreted each time by the Java Virtual Machine (JVM). This leads to a drop in performance. Java essentially lacks real-time data processing.

Java provides built-in memory administration to facilitate the speed of the process. The garbage collection may get less effective and less granular than the manual efforts. Thus, Java programs rely heavily on memory storage.

Java applications may readily become verbose, due to complex long courses of codes. It might get time-consuming to comprehend and analyze in case the developer has not equipped adequate documentation and notes.

Oracle introduced a new commercial licensing for developers. To utilize the updates of Java 8 (or newer versions) the users have to pay a monthly subscription fee, which adds to the long-term costs of Java. 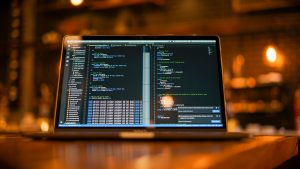 Python is extremely beginner-friendly and is taught as an introductory language in most universities. It allows you to concentrate on concepts, fundamentals, and foundations of programming to inhibit a specific developer's psyche.

The concise syntax simplifies and accelerates the course of Learning Python and builds software based on it. The inclusion of pre-coded components offers ready-to-use building blocks to create programs.

Python is a platform-agnostic language, i.e you can run the same code across various systems such as Windows, Linux, or macOS through bytecode and a Python Virtual Machine that strives as a mediator between the actual CPU operating the program and developer.

Python can be employed for a wide variety of tasks such as facilitating works of data automation, data-scientists, data engineers, QA engineers, and DevOps specialists.

Python is free for commercial and personal use. It is an open-source language and is freely utilized by programmers.

Python is astonishing in its development speed but cannot boast the same outcomes in execution speeds as Java and C++.

The interpreter involved to check and assign variables slows down the program speed.

Python is based on the Global Interpreter Lock or GIL mechanism. It allows one sequence at a time consisting of bytecode instructions to be executed. GIL enhances the performance of single-threaded programs but limits multi-threaded programs designed to run numerous workflows simultaneously.

The garbage collector in Python doesn't return resources to the system instantly after the object turns unnecessary. Due to this, Python tends to run out of memory.

No smartphone supports Python. All android app developments are done in Java while iOS is developed using Swift and Objective C. Thus, Python falls short to hold adherence in the growing mobile market.

Python and Java are similar in many aspects such as language level, dependency on the platform, and others. But they differ in terms of execution speed and its limitations, use of classes while coding, and some other aspects.

The operation and choice of any of the two languages depend upon the preferences, as well as the accessibility of the users. Although the attainment of information may get complicated on your own.

This will expedite your learning curve with the right push you need.

Now you can choose which language is more suitable for your needs with all the information shared above.