Why choose Python as your first programming language on Linux

"
This article is part of in the series
Published: Wednesday 26th January 2022

Linux is rapidly growing and becoming more and more popular since the use of Windows is decreasing. Many programmers are working on  Linux promotion by creating new programs for desktops that will be equivalent to or even better than the Windows and Mac OS X applications.

There are many programming languages for Linux, and what's more, new ones appear every year. But not all of them are used by programmers. Python is available in almost every modern Linux distribution, so those who are going to write their first Python program in Linux do not need to install any additional programs. To write your first Python program in Linux, start your favorite Linux program and follow the steps of this tip.

A reliable programming language with simple syntax and semantics will ensure fast learning and help develop algorithmic thinking. The first language should be high-level and flexible so that students can experiment with alternative solutions to problems. Equally important, it should support modern design approaches that include abstraction, encapsulation, and object-oriented methods. Let's try to understand whether Python is really good for beginning programmers. It is important to remember that the programming language may vary from company to company. But if you want to work as a freelancer and create websites for paper writing services for example or any other company, start by learning Python.

It is worth understanding that the choice of the first programming language does not always determine a student's future career, but it can influence the direction of professional development and facilitate independent learning in the future.

Programming is often seen as a tool to develop thinking and can influence how people solve problems. A parallel can be drawn here with the Sepir-Worf hypothesis of spoken languages, which states that language determines thinking.

The criteria for selecting the first programming language may also include:

Despite the lack of consensus on the ideal first language, Python meets most of the criteria and can be recommended as such an option. In this case, it is worth considering the tasks faced by the future programmer, and the overall learning strategy he or she has chosen.

Python can do many useful things right out of the box and provides all the basic tools and features that professionals expect from a core programming language. For more examples of how to use Python to inspire you to learn it, check out this article.

Python has a large community of programmers from around the world who are dedicated to learning, using, and developing it. There are numerous conferences, meetups, and hackathons devoted to Python, and the language has a large and well-researched documentation base to help newbies get accustomed to it and find answers to most questions. Python has a huge number of standard libraries for all occasions and even more open-source repositories that you can use in your work. 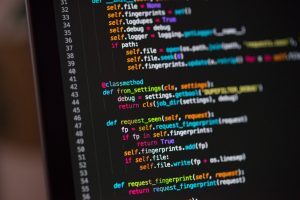 Python programs are usually exceptionally readable and easy to understand, thanks to the simple regular syntax. Operators end at the end of a line, block structure is indented, and programs look like executable pseudocode.

One of the most unusual features of Python is the use of indentation to denote blocks of code. The interpreter helps ensure proper formatting, which makes it harder to write unreadable code. In other languages, indentation is an art. In Python, it's an essential part of the syntax. As an example, here's a version of the linear search for Python:

If, for example, the for the line were moved a few spaces to the left, it would cause a syntax error. Also note that : is used to denote the beginning of a code block.

Simple programs are really simple. For example, Hello World in Python looks like this:

Semantically, Python is very simple. It is dynamically typed, so variable declarations are not required. This reduces the amount of code and also eliminates common errors arising from misunderstanding the subtle differences in declaration, definition, and usage. Python code is easy to read because it resembles everyday English in many ways.

Python has a minimal but complete set of simple control structures: one if-elif-else choice construction, one definite for loop, and one indefinite while loop.

The for loop in Python is illustrative. It allows a control variable to take consecutive values. It can be used to enumerate any sequence, such as a list or a string. List items can be printed as follows:

for is simple and safe, allowing you to enter it very early without fear of endless loops.

Advantages and Disadvantages of Python

We have already noted above some of the advantages of Python, we suggest comparing them with the disadvantages to objectively evaluate the language as the first to learn.

Low speed of programs: line-by-line execution of code in languages with dynamic typing makes it difficult to develop high-performance applications, but is often compensated by an increase in productivity of the developer.

Python programs use a lot of memory: this can be a disadvantage when creating optimized applications. For more information on this issue, see "How Memory Works in Python".

Lack of checking at compile-time sometimes leads to run-time errors. This imposes higher requirements for testing the application before a working run or release.

Comparing the advantages and disadvantages, Python has some limitations on the speed of code on weak hardware. Since novice programmers don't usually write high-performance applications, their products don't have such severe runtime limitations. At the same time, Python is several times faster than compiled programming languages, while readability and simplicity of syntax and semantics negate possible errors. 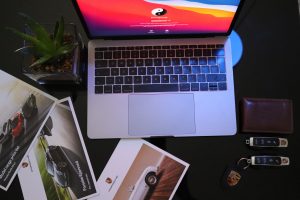 Python is a simple, versatile, and promising programming language. Although it has some disadvantages, the benefits largely outweigh them, especially for novice programmers. The popularity of scripting languages as basic software development tools is a potentially revolutionary change in computer programming. Python is ideal for learning the basics and getting started in your career.