Is Cyber Security Important when Programming with Python? 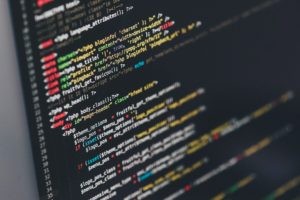 Earlier this year, the Python Software Foundation (PSF) rushed to send Python updates 3.9.2 and 3.8.8 to resolve critical security vulnerabilities. One of the vulnerabilities included a remote code execution that can be exploited to shut down systems from anywhere in the world. It may sound remotely exploitable in theory, but it can practically be used to take a machine offline.

This one incident revealed how dangerous Python vulnerabilities are and how important Python security is. Since Python is so popular, it also attracts the attention of criminals looking to attack vulnerable systems. Attackers are most likely to scope out vulnerabilities to exploit for many applications.

If you are a programmer or coder using third-party modules for Python like pip, dnspython, or any other open-source libraries, you can be sure that there are security risks in your application. Here’s all you need to know about Python vulnerabilities and the need for cyber security.

Why Is Security Important for Python Programs?

As of May 2021, Python is the second most popular programming language globally, according to the TIOBE Index, ahead of Java and C++. One of the main reasons behind its popularity is the easy code syntax, which mimics the English language. Since everyone is using Python, mistakes or flaws are bound to happen when developing an app or writing code. These errors are often referred to as vulnerabilities and can be dangerous.

While it’s crucial to understand the reason behind these vulnerabilities and avoid those errors to prevent exploitation, sometimes even the best practices are neglected. This is where an efficient cyber security system comes into the picture to keep your sensitive data and servers safe from malicious attackers.

As is the case with almost all coding languages, cyber security should be of paramount importance for all Python developers. This is particularly true for developers dealing with huge databases of sensitive personal information. We need not emphasize how terrible the consequences would be if such a database were to be exploited or breached.

LDAP (Lightweight Directory Access Protocol) is an open and cross-platform protocol used by many businesses. It enables a single sign-on (SSO) environment and serves as a repository for user authentication. LDAP injection attacks are similar to SQL injection attacks.

Usually, attackers exploit the parameters used in an LDAP query when the application doesn’t filter parameters correctly. This leads to a vulnerable environment where the hacker can easily inject malicious code. Once the code has been injected, it can result in sensitive data theft and exposure. Some hackers may also use advanced LDAP injection methods to execute arbitrary commands to obtain unauthorized permissions.

XPath injection attacks occur through user-supplied information to construct an XPath query for the XML data. Using a piece of malformed information sent to the website, the attacker can easily figure out how the XML data is structured, and access restricted data as well.

If the XML data is being used for authentication, the attacker may even gain more privileged access to the website.

XPath injections use a descriptive statement to allow XML queries to locate a specific set of information by specifying certain attributes and patterns to find and match.

It’s a commonplace for websites using XML to accept a form of input on the query string to display relevant content on the page. This input must be sanitized to prevent messing up the XPath query and returning the wrong data.

This is the type of attack where the goal is to use a vulnerable application to execute arbitrary commands on the host operating system. Through command injections, the culprit can pass forms, cookies, HTTP header, or other unsafe user-supplied data to a system. The malicious commands are executed with the privileges of the vulnerable application. This type of attack occurs largely due to insecure user input validation.

One of the reasons why Python is popular is because of the ease and flexibility to import data. However, this also means that the application is vulnerable to attacks.

When using Python for programming and implementing a relative import, your codebase is exposed to a malicious module found in the system path that can allow import statements to execute code in the malicious module and create a security gap waiting to be exploited.

Only trusted data should be allowed to pass to the script’s stdin through the input function to prevent this from happening. The best rule of thumb is to treat all incoming data as unsecured and untrusted. For this reason, Python 2 and older users should consider using Python 3, which fixed the vulnerability by treating import functions as raw input.

This will avoid arbitrary command execution through a subprocess module. Another such vulnerability is YAML files, which can expose your application to attacks. This can be avoided by using PyYAML safe_loadfunction (yaml.safe_load) to parse YAML files from user input.

As you can see, the world of Python vulnerabilities is vast, and the severity of attacks can be equally worse. Therefore, you will need some form of cyber security to prevent any breach from happening and an efficient tool to keep the Python code free of any security or compliance issues.