Advantages of Python Over Other Languages 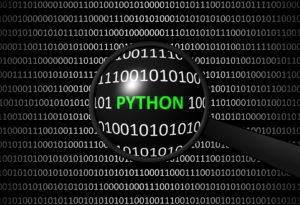 Python is a popular language that attracts a lot of followers in all countries. Programmers started to develop it in 1989, but it was published officially in 1991. Those who think that the name Python is about a snake are wrong. The developers gave the name of the language thanks to the popular show in 70th named "Monty Python's Flying Circus." One of those who created this language was a fan of it. The name leads to one of the philosophy statements that say that developing must be fun. Training programs are also created according to this principle. Python developers used other philosophical statements while creating and updating it, and maybe thanks to this position, the popularity and Python's community grows every year. So let's discover the advantages of it over other languages.

Benefits You Get Studying and Using Python

These benefits are not exhaustive, but we see them as the most valuable ones. Some other languages may share some of these benefits with Python, but it doesn't mean that they can have all of them at once. Such a rich selection of advantages you get only with Python.

It doesn't require any extra platforms or prepaid services. Everything can be downloaded for free. All kinds of businesses are interested in reducing costs. That's why Python is a good solution for them. This feature shows that Python is a stable and confident language that is open to new members and ready to work in tandem with them.

If you know something about coding, you will easily understand the logic of Python. That's why it simplifies the search for mistakes. You don't need to dive deep into the syntax and spend less time finding trouble because you read and decrypt it without any doubt.

It is almost impossible to find an area in coding where Python is helpless. It occupies all ways of programming and develops according to it. Artificial intelligence programmers use Python for a lot of their tasks and will do the same in the future. Space area, all kinds of applications, robotics, hardware programming are only some members of the list where Python is useful.

This object-oriented language is probably the most compatible among a lot of other languages. Any platform you can remember is not a problem for the Python developer, so they are in the winning position from the very beginning.

Comparing Python and, for example, C++ (a very important, popular, and widely used language), we will see that the same request contains three lines on Python versus seven lines on C++. It means that coding goes faster and easier, and you can see more procedures and logical loops on one screen.

Do you know which big companies use Python as a programming language? Google, NASA, Disney are among them. If you are planning to take a position in a famous corporation, then Python is your ticket. It is suitable for the small and middle-companies at the same time, so if you work hard, you will always find a job everywhere you wish.

The huge community of developers

Python is old enough. That's why the community of python programmers is big enough. It is hard to imagine a question that was not solved before, so you will always find advice and explanations. Anyway, if you find such a problem that nobody has faced before, a lot of people will try to help you and discuss ways of fixing it.

Good salary and a lot of open positions

Python's popularity and international recognition simplify the employment process for both concerned sides. If you are a Python programmer, then you will be requested in all spheres and areas you can only imagine. The question of salary is not a question at all. To change position from the junior to the middle and then to the senior in the IT-sphere is simpler than everywhere. Only qualifications mean here but not length of work or university diploma.

This list is not exhaustive — you can ask any person programming in Python, especially if they have experience with other languages, and they will share more examples of advantages with you. Still, we think that this list is enough to make the right decision and choose Python as your primary programming language.

How to Become Proficient in Python

This article is dedicated to the advantages of Python over other languages, which means we won’t teach you in detail how to start programming in Python just now. All we have to say here is it is a skill worth investing into. If you feel stuck and need some Python assignment help online to proceed, a simple “do my Python homework” request will do. Don’t give up if you don’t know something, ask for assistance from professional coders and move forward with your Python programming assignments.

You can say that some of these advantages are inherent to other languages, too, and you are right. Nevertheless, their combination is unique and ensures the long life of Python in the IT world. To start your career with it is a perfect choice that opens a great future in the modern world. There are hundreds (or thousands) programming languages in the world. They appear every day and change our lives. Some were created especially for a particular task and some for the one company that needs extra security. The programmers who develop them and then use them are unique specialists with a singular vision of the universe. At the same time, they are in deep dependence on their employer and employer in deep dependence on the developer. It is still a question if it is more secure or less. Python is not this type of language. It is the opposite. If you finally want to enter the world of rare languages or even create your own, the best example to start with is Python.