"
This article is part of in the series
Published: Thursday 3rd November 2022

Python is a well-known programming language, the source code of which is partially converted into machine code while executing a special program – an interpreter. Many people choose Python because it is easy to learn and works across multiple platforms. In addition, python software is usually free to download, compatible with various types of systems, and accelerates development.

Like any other programming language, Python has its own characteristics: 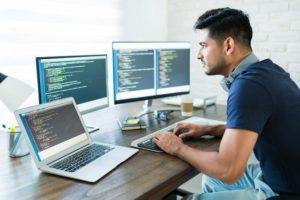 Python has several standard use cases. It is useful when writing server code, as it offers many libraries consisting of pre-written code for complex server functions. Data scientists extensively use Python ML libraries to run machine learning models and build classifiers that classify data efficiently. Recently, Python has also begun to be actively used for sending emails. Read below to learn how to do this in detail.

Email marketing is an important part of any business promotion strategy today. Many have already seen the effectiveness of email newsletters. Learn here how to send bulk emails using Gmail. There are also several ways to send Gmail emails using Python. The most popular is through the SMTP protocol.

SMTP is an app layer protocol. It is used to establish communication between various mail servers and external services, such as the mail client on a mobile device. SMTP is just a protocol of delivery. Therefore, you cannot receive emails using it. You can just send emails. IMAP is usually used to receive emails.

Various modern email services, including Gmail, do not require SMTP to be used on their internal mail servers. Therefore, this protocol is usually provided only as an external interface to this service through the smtp.gmail.com server. Email clients mainly use it on a desktop computer or mobile phone (Thunderbird, Outlook, etc.).

Python already has a library that allows you to connect to an SMTP server. It's called smtplib and comes with Python. This library handles various parts of the protocol, such as connecting, authenticating, validating, and sending emails.

When using the smtplib library, you can provide a connection to the mail server. Such a connection is not secure. It is not encrypted. Port 25 is used by default. Therefore, it is worth taking care to create a more reliable connection. 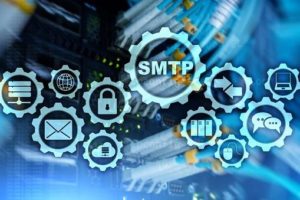 When the connection to the SMTP protocol is secured over SSL/TLS, it goes through the 465 port and is commonly referred to as SMTPS. It goes without saying why to provide such a connection. You probably understand the importance of the issue.

There are several ways to secure an SMTP connection in the library smtplib. The most popular method involves establishing an insecure connection with the subsequent switching to TLS. The other option consists of creating a secure SSL connection from the beginning.

Having set up a secure connection, you can proceed directly to creating an email. Emails are, in fact, regular lines of text that are joined by newlines. Most emails contain fields such as "From", "To", "Topic," and "Text". Each row contains several fields with specific data. There is no binary protocol (transmits data according to the “request-response” scheme), no XML, and no JSON. There are only lines separated by fields. To parameterize the fields, you can use Python's field formatting.

Before sending Gmail emails using SMTP, you may need to authenticate. If you use Gmail mail service as your ISP, you need to get permission from Google to connect through the SMTP protocol, which is rated as not so safe method. If you use the services of other mail providers, you do not need to perform any additional steps.

Once you've set up an SMTP connection and completed your Google authentication, you'll finally be able to use Python to send both simple emails and emails with attachments. Use of .sendmail(): is required.

Sending, checking, and replying to emails is quite a time-consuming task, especially when you're doing it for a large number of people or clients where you just need to change the recipient's details. However, you can automate many things in this regard, which will save you a lot of time in the long run. One way to automate sending emails is through Python. To use it successfully, it is enough to go through a few simple steps, which have been described in detail in this article.

Try to take into account all our recommendations, provide a reliable SMTP connection, and you will definitely succeed in sending emails with Python!