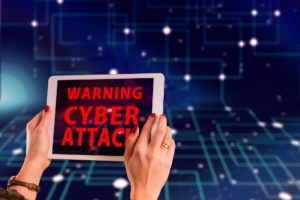 Cyber attacks have been on the rise in recent years. According to Ponemon Institute, 66% of
small and medium enterprises have experienced at least one cyber attack in the last 12 months.
Hackers target such businesses because they tend to have insufficient security measures.

This article will show you the most common types of cyber attacks and how you can avoid them.

What is a cyber attack?

A cyber attack refers to unauthorized access to a computer system with the goal of changing,
destroying or stealing data. While cyber attacks have increased, some industries are targeted
more than others.

Companies with lots of sensitive data are the perfect targets for hackers. These companies are
usually:

Common types of cyber attacks and how companies can prevent
them

Phishing is the process of sending emails that appear to be from trusted sources to gain
sensitive information or influence the user into doing something. It involves both social
engineering and technology. To execute an attack, the hacker may send you a download link for
a file that’s actually a virus.

To avoid phishing attacks, do not click on links from emails sent by strangers. Also, don’t open
emails from strangers without analyzing them first. Some emails may have persuasive headlines
and email copy that lead you to download harmful attachments.

A man-in-the-middle (MITM) attack is a situation where an attacker eavesdrops on the data
being sent between two sources. Let’s say you’re logging into your online accounts through
public wifi. A hacker can intercept your connection by acting as a middle man between the wifi
network and your device. In doing so, the hacker can spy on your activity.

The danger of MITM attacks is that the hacker may steal your credentials and access your
private information without you knowing. Or, in the case of social media accounts, they may lock
you out and start posting information that could taint your image.

One way to avoid MITM attacks is to stop using public wifi to access your online accounts. A
network open to many users is easy to hack and manipulate. However, if you still choose to use
public wifi, at least use a virtual private network (VPN). A VPN will block hackers from
performing man-in-middle attacks. And a VPN with added threat protection like NordVPN will go
even further in protecting your device.

Passwords are the most common verification tool used online. And that is why hackers often
target passwords.

A denial of service attack is designed to overwhelm a system so it can’t respond to legitimate
requests. The target site receives numerous requests from the attacker. And since it has to
respond to each request, it reaches a point where all of its resources are consumed. So
legitimate requests end up not going through. The result is a complete shutdown of the site
because it can’t function well anymore.

DDoS attacks differ from other types of cyber attacks because the hacker isn’t trying to gain
access to your system. Instead, they are trying to slow you down and inconvenience your
customers. Your competitors can use such attacks to gain an edge over you.

Use firewalls to prevent DDoS attacks. A firewall determines if a request to your site is
legitimate. Imposter requests will be discarded to ensure normal traffic to your site without any
interruption.

To create a good defense for your computer system, you must understand the common types of
cyber attacks. They include phishing attacks, DDoS attacks, password attacks, and MITM
attacks. Measures to mitigate these attacks include using a VPN and password manager and
avoiding opening emails from strangers.