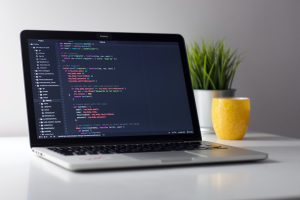 Python has been on top of IEEE Spectrum’s annual programming language ranking list for a few years now.

It is also the most popular introductory programming language taught at universities in the USA.

If you’ve not gotten around to learning Python yet, it can be challenging to understand why it’s popular among developers globally.

So, in this post, I’ve shortlisted the five biggest reasons you should consider learning and using Python.

The biggest reason behind Python’s popularity is its ease of use. Reading and understanding a Python program is a lot easier than programs written in other programming languages.

Since there are no confusing syntax rules, programmers do not have to put much effort into writing the code. This subsequently makes thinking like a programmer a lot easier.

It is conventional for programmers to write a “Hello World” program as their first program in any language. In Java, the code for the basic program looks like this:

On the other hand, a “Hello World” program in Python looks like this:

The contrast in the complexities of the two languages is staggering.

Furthermore, with Python, you don’t have to worry about getting your code to work.

Setting up Python is easy – all you have to do is visit the official Python website and install the package on your computer. While you can get an IDE if you prefer having a nice interface to write your code on, you don't have to. You can use Command Prompt on Windows or Terminal on macOS and Linux to run your programs.

How Useful Is Python?

Python looks simple, but it’s far from an inflexible language. It is versatile and has applications in several industries. Big tech companies, including Google, Dropbox, and Spotify, use Python to develop various applications. Here’s how different companies use it:

You’d be surprised to learn that the Dropbox desktop client that enables users to manage their cloud data is written entirely in Python. The server-side code is written in Python, too, making it the most critical language used by the company. This is a testament to Python’s power and excellent cross-platform capabilities.

Google has grown to provide the masses with a lot more than just a potent search engine, and hence, the company uses a mix of languages. Python is among the most-used languages in the company, besides C++ and Go.

Using Python wherever possible was an early decision at Google, and it’s not difficult to recognize why. It enables quick implementation of features and makes for easy maintenance.

However, since Python isn’t as fast, parts of Google’s software stack that require low latency operation are written in C++.

While the company relies on Java heavily, Python is used to build the web API and the Interactive API console. The interactive console enables developers to explore endpoints without going through the hassle of navigating a complicated interface.

Other internal applications of the language in the company include:

As you can see, the language has a wide variety of applications for different companies. While Python may not be as fast as low-level languages like C++, it is the perfect tool for rapid prototyping and implementation of features.

It is also discernibly versatile. Learning Python will enable you to create almost anything you want.

Why Should You Learn Python?

Ease of use and versatility are two great reasons to pick up Python. However, there are many other reasons why learning Python is a good idea.

#1 An Active and Supportive Community

Python has been around since 1991. It is well-documented and is in use by some of the biggest companies in the world. If you happen to encounter a problem with the language, chances are it has already been resolved before – simply because of the sheer volume of developers using the language.

A simple Google search is usually enough to answer any questions you may have. If you don’t find your answer there, you can turn to the detailed documentation for a resolution. You could also ask the large Python developer community at Stack Overflow for help.

One of the biggest advantages that Python offers is it supports multiple programming paradigms. Its support for object-oriented, structured, functional, and aspect-oriented programming makes it highly flexible.

Furthermore, the programming language features a dynamic type system and boasts automatic memory management. These features enable you to use Python to build large, complex applications without worrying too much about constraints.

The application of data science and cloud computing has increased exponentially in the past decade. Python’s support for these applications has helped it skyrocket to success.

Python is now the most-used language for working with big data, second to R, which is also used for creating AI systems.

Python makes analyzing and organizing data very easy. Its ease of maintenance and scalability helped it push R into the second spot in terms of developer preference.

The language has several packages such as NumPy and Pandas that enable users to analyze and use data in different ways without needing to write programs from scratch.

Tensorflow, developed by Google, is by far the most popular Python package that enables building machine learning algorithms. Users can use pyspark to invoke the Spark framework and work with large data sets.

Libraries like these enable the everyday developer to analyze trends in data without needing to learn a complex language like R.

Tensorflow and Pandas aren’t the only libraries that come with Python. The language boasts a large set of libraries that can help in every area of development. Some of the best-known libraries include:

There are also library-like tools that enable Python to work with other languages and extend its cross-platform support.

Another advantage with Python is that you can learn about the several libraries by going through the Python Standard Library documentation.

Python is open-source, which brings down development costs significantly. The active community of developers and the lack of stringent licensing requirements have led to the development of several powerful open-source Python frameworks.

Any developer can use one of the dozens of powerful Python tools to meet their exact development needs without increasing development costs.

The availability of these tools also helps cut down on development time since teams don’t have to write code to solve problems that frameworks and tools solve for them.

Django, Flash, and Bottle are some of the many tools a web application developer can use to simplify and speed up development. On the other hand, frameworks like PyQT, PyGUI, and Kivy help accelerate the development of GUI applications.

There’s no shortage of these frameworks, and there’s a good chance that you’ll find a framework that will help you solve a complex problem without writing much code.

Conclusion: Is Python Worth Learning in 2021?

Python is the most popular introductory programming language taught at universities – and now you understand why.

It is easy to learn, read, and use, and since it is free to download, it is also very accessible. It’s the perfect jumping-off point for a developer in the making.

The programming language has a wide variety of applications and can be used to do everything from building video games to gauge marketing decisions. The active community and the several available libraries help speed up software development.

But perhaps most importantly, Python is used extensively in Big Tech, which means learning it well will lead to several financially-rewarding employment opportunities.

Plus, learning to write Python programs will teach you the ins and outs just enough to pick up other programming languages with greater ease.

If you’re looking for a programming language to learn, you cannot go wrong with Python.

Curious about what you can do with Python? Here’s a detailed usage guide to help.