A Guide to Creating a VPN With Python

"
This article is part of in the series
Published: Thursday 22nd December 2022 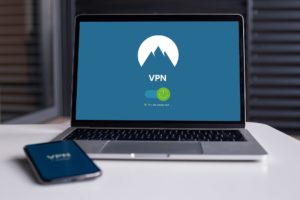 With VPN usage on the rise in the UK and USA (some 44% of Brits have used a virtual private network), the scope and functionality of this technology is continuing to scale considerably.

In this article, we’re going to take a closer look at how to create a Python-powered VPN, including what you’ll need to achieve this objective successfully.

What is a VPN?

A VPN describes a virtual private network, which is an encrypted tunnel or connection that’s created between your device and a remote server operated by a dedicated client.

As an encrypted tunnel, all data and web traffic that’s transmitted will appear as indecipherable strings of code to hackers and third parties, making it virtually impossible to access and leverage for nefarious purposes.

Similarly, the use of a remote server location helps to mask your device’s IP address and physical location, which in turn negates the risk of doxxing and malicious malware attacks while helping you to access geographically restricted content through streaming platforms such as Netflix.

As we’ve already touched on, Python is a sophisticated and general purpose programming language, and one that has been specifically designed to emphasize code readability.

It also emphasizes this with the use of significant indentation, while Python is considered to be a dynamically typed language.

The latter means that an interpreter will assign variables a type at runtimes when using Python, based on the relevant variable’s real-time value. This makes Python similar to widely used alternatives such as JavaScript, while both support multiple programming paradigms such as structured and functional systems.

Because of these factors, Python is ideal when creating a software-based VPN, whereas hardware alternatives rely on the deployment of open source platforms such as OpenVPN.

What Do You Need to Create a VPN With Python?

Python is also a relatively easy programming language to learn and deploy, so it’s ideal for creating VPNs whether you’re a beginner or a more seasoned developer.

But what do you need to create a virtual private network with Python? Here are some essential components:

How to Create a VPN Using Python

If you still want to create a VPN for UK usage, you’ll also need to follow a number of chronological steps. These include:

If you’re going to create a bespoke VPN, then Python is arguably one of the best and most accessible programming languages used.

This is certainly easy to learn and deploy, while it can underpin exceptional functionality so long as you have rudimentary knowledge of Python and basic networking principles!