What did Python learn from C++: How was the programming language created?

"
This article is part of in the series
Published: Tuesday 18th October 2022 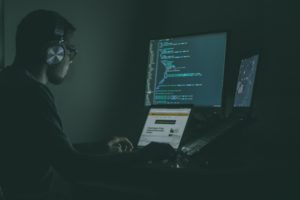 Attracted by high salaries and endless opportunities for professional growth, lots of people are excited to start their programming career. And here comes the toughest choice: what programming language to learn. Many people get to choose from the most commonly used programming languages, such as Python language, Java, JavaScript, and such. In this article, we are going to focus on the history of Python and the specifics of this language.

Python language is in high demand

If you ask the question “is Python a good first language?” the answer will be positive. Because popularity increases relevance, more firms are likely to use Python, according to the statistics. And ultimately, this will increase the demand for Python expertise. If you are interested in coding, a safe place to start is with Python.

If you want to know some developer secrets on how to enhance your online privacy, try to download VPN for PC and it will be the safest option. We recommend you to check the offers of different providers and choose a reliable one such as VeePN service provider that has apps and extensions for different types of your devices. And now it’s time to dive into Python and its specifics.

Learning Python can be beneficial for you in a variety of situations, even if you're not a coder. In booming tech industries like big data, machine learning, and data security, Python is already king. Python is also used in colleges and universities. All of these fields make heavy use of Python. They even use their own set of libraries, which operate as code extensions that can be added on to create functionality.

A brief history of Python

In the late 1980s, Guido van Rossum first conceptualized Python. It was initially created as an analog to the ABC programming language, which was prominent in the Netherlands as well. Python's exception handling and focus on the Amoeba OS were two of its key advantages over the ABC language. The word "Python" does not refer to a snake. It bears the name of the British television program Monty Python.

Python 2.0 was made available in 2000. It was primarily an open-source project in this iteration. List comprehensions, a complete garbage collector, and Unicode support were all features of this Python version.

The key characteristics of Python

Because of this, the computer language is well-known among experts in a variety of disciplines, including physics, math, systems engineering, data processing, and mathematics, in addition to software developers. Additionally, Python is a scripting language that is user-friendly for beginners.

Is Python really that easy to learn?

One of the greatest programming languages for newbies is really Python. Its syntax is comparable to that of English, making it rather simple to read and comprehend. Even if you've never typed a single line of code before, you can learn how to write Python with a little time and effort.

The idea that programming involves a lot of math is a widespread one. Python doesn't require you to be an expert mathematician to use it. It is beneficial to have a foundational knowledge of mathematics. It's more important to be able to solve problems creatively by separating them into smaller pieces than it is to be able to write Python.

How much time does it take to learn Python

Learning the basics of Python typically takes two to six months. However, you can quickly pick up enough knowledge to create your first brief program. Learning how to use Python's extensive collection of libraries may take months or even years.

How much Python you really have to know to complete your intended task will determine how long it requires you to learn Python, among other things. For instance, you can probably learn Python more rapidly if your goal is to automate a certain task at work rather than learn Python in order to become a data analyst.

Learning Python is one of the fastest and easiest ways to become a programmer. This language is one of the simplest and most demanded as it lets create different types of applications in various industries. And don’t forget to use VPN apps while coding since they are very helpful in enhancing your online security.