How Long Does It Take To Learn Python

Deciding to learn Python is an excellent way to improve your skillset and get a well-paying job. Python has several applications. Whether you want to become a data scientist, a data analyst, create AI, or become a skilled web developer, you will need to learn Python.  Regardless of whether you’re a student or already have a job, it is natural to wonder how long it will take you to become proficient enough in Python. Understanding the amount of time and work you need to put in makes it easy to set goals and track milestones. So how long does it take to learn Python? Python may be one of the easier programming languages to pick up, but it is versatile and multi-faceted. While getting the hang of the basics of the language will take you between six to eight weeks, you can potentially learn python to an intermediate level in six months.  We’ve unpacked the answer in detail below.

How Long Does It Take to Learn Python?

Learning Python basics – variables, functions, loops, and the like – will take between six to eight weeks for a complete programming beginner. If you’ve had some experience with programming languages, you may be able to go over the basics in a week or two. With a solid grasp of the basics of the language, you will be able to write simple Python programs. However, this level of competency is not enough if you want to work with Python full-time. To become skilled enough to work at that level, you will need to study for at least a few months. Six months of dedicated learning should give you the skills you need to earn a position as a junior developer. While you can continue to learn Python independently after becoming that competent, the best way to learn more is to apply your skills by getting a job.

Artificial Intelligence and Data Science continue to be some of the most in-demand tech skills in the industry. The demand for skilled Python programmers doesn’t seem to be slowing down. It is worth mentioning that while AI and ML are the most in-demand applications of Python, they aren’t the only skills that pay well. Python developers are required in all industries, and they use their programming skills to accomplish different tasks. Some applications of Python in various industries are:

Python is now used in every industry to solve modern problems. It has also had an incredible impact on the education industry. Python is the most popular introductory programming language taught in universities in the USA. Its simple syntax makes it very easy to read and write, helping students begin to think like programmers quickly without worry about code-writing conventions too much. Besides being used to teach programming, Python has many other uses in education. You can learn more about them in this post.

Data scientists and web developers use Python the most. However, Python is highly versatile and can meet development requirements for most projects.  No wonder the language also has applications in fields such as digital marketing and product management. The demand for Python developers Ukraine has been high for the past decade, and the demand for skilled programmers isn’t going down anytime soon. According to the 2020 Stack Overflow survey of the developer community, Python is the fourth most popular language used by companies globally. 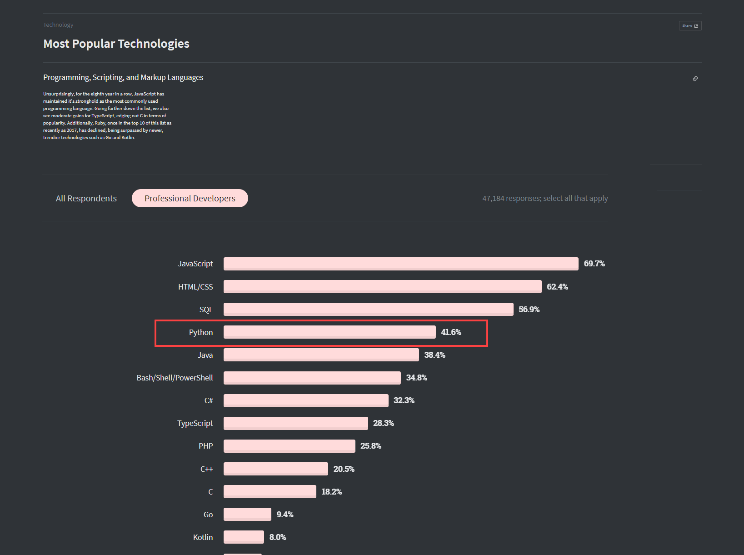 How Hard Is It to Learn Python Fully?

There’s no such thing as “mastering Python” – at least in the true sense of the phrase. You don’t need to learn everything about the language to get a job or build useful tools. Think of it this way: Python is a tool, like a screwdriver. Just like you can use a screwdriver to fix everything from a table fan to a car engine, you can use Python to solve different problems of varying levels of complexity.  You could learn Python and gain knowledge about frameworks like Django and WebPy to build websites. You could alternatively learn to use libraries like Tensorflow and become an expert in data mining. You don’t need to learn both of those skills to get a job. You can pick a domain that interests you the most and pick up relevant skills. To learn to develop websites or understand machine learning well enough, you will need to study Python for six months.  However, suppose you’re a digital marketer and only want to learn Python to analyze Google Analytics data. In that case, you only need to learn Python for a few weeks to become competent enough.

How Long to Learn Python for Data Analysis?

There are programs online that claim to teach you data analysis in as little as three months. However, your mileage may vary with courses like these. Besides taking a course, you will need to read a book or two about Python (Python Crash Course by Eric Matthes is a top rated one), do a few projects (at least two), and read books like Cracking the Coding Interview so you can get hired. If you can study for most of the day, you will be able to learn Python for data analysis in three or four months. However, if you’re only able to fit two-three hours of study in your day, you will need to study for at least six months to become competent enough.

How Many Hours A Day to Learn Python?

If you have a knack for it and find that you’re able to pick up programming concepts quickly, you may be able to write basic scripts in four weeks. However, learning to implement concepts like multi-threading, socket programming, database programming in your code will take you between two and three months at a minimum. After you understand how the aforementioned advanced concepts work, you will be able to do things like image processing and data analytics after two to four more weeks of specialized training. Giving yourself six months and setting daily and weekly goals for your learning is the most efficient way of learning Python.

How Should I Approach Learning Python?

As mentioned earlier, if you want to learn Python to work as a developer full-time, it will take you about six months of learning (2-3 hours per day). But depending on your schedule and dedication to learning the programming language, you may be able to find an approach that speeds up your learning. There is no shortage of online courses that claim to teach you Python in weeks. However, many of these courses aren’t built to give you the level of knowledge you need to work for someone (or build something impressive yourself). Regardless of if you’re a student or a working professional, the best approach to learn Python is by joining a boot camp. You will interact with other learners and Python experts daily, which is the perfect learning environment for picking up coding skills quickly. If you’re the kind of person who can teach themselves, dedicating three hours a day to learning and practicing for six months should give you the skills you need to start working.

If you want to become a junior Python developer, your learning goals should be:

If you’re serious about learning Python and can remain dedicated to learning eight hours a day, six days a week, it is possible for you to learn Python in two months. However, your schedule will need to look something like this:

If you can stick to a schedule like this for two months, you will be ready for a junior position in two months.

Having a full-time job or classes makes it difficult for you to learn Python. However, it can be done. After work/school, spend three hours learning Python. Spend the next day practicing what you learned. Alternate between learning and practicing.

You will not become a Python expert in six months. Python is a vast language, and programming is a skill, not a fact that can be crammed. You will become comfortable with the core of the language in six months (as long as you remain dedicated). After that, you can take up a position as a junior Python developer and further progress your programming skills. The first step to learning Python is to install it on your computer. Learn how quickly with our Python installation guide.