How Python May Be the Answer to Your Mobile Security Issues

"
This article is part of in the series
Published: Saturday 22nd October 2022 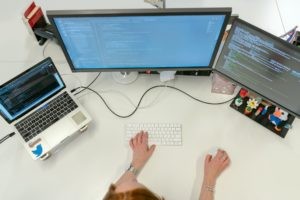 As one of the most preferred and easy-to-use languages ​​by Data Scientists, Python is present as one of the most frequently used programming languages ​​for building many applications. From Facebook to DropBox, several leading tech companies are known to use the language to advance their products. Netflix is ​​no exception.

At Pycon, held in May 2019 in Cleveland, Ohio, United States. Netflix engineers also attended the largest annual gathering for the community that uses and develops this open-source programming language. Before his departure, Amjith Ramanujam, senior software engineer at Netflix, took the time to describe how Python's use on Netflix has been the driving force behind Netflix's development.

Aside from its usage to optimize Netflix, Phyton can also be a solution to most mobile security issues thanks to its characters and functionalities. Read more below:

Even choosing the programming language you want to learn for cybersecurity is not easy. The language to learn depends on your concentration. Some languages are computer forensics, security for web applications, information security, malware analysis, or application security.

Whichever language you will later use will vary greatly by role; programming experience offers cybersecurity experts a higher competitive advantage over others.

A strong understanding of programming languages ​​helps the world's digital security experts to be able to deal with various problems of cybercrime, and having a good understanding of the architecture of a system means it is easier to maintain it.

Python is increasingly popular among cyber experts as a high-level programming language. Python is particularly attractive for its adherence to code readability, clear and simple syntax, and the availability of a large number of libraries.

Basically, everything can be done with Phyton. Phyton can be used to send the TCP packets, analyzing malware, and others.

However, unlike C/C++, Python may not provide sufficient visibility into hardware resources. Learning to program Phyton for security may be valuable for you. With Python, you will be equipped with programming skills that can help you identify vulnerabilities in digital security and find ways to fix them.

Phyton can also be used to enhance the mobile app's security. Although, the method can be quite complex at times since advanced programming is needed. However, you can keep your phone safe from hackers in several ways, including using the tools like VPN. Installing a VPN is easier and beneficial, but only for those reputable services that are valuable.

However, despite the complexity, we highly recommend to learn this programming language since most apps and websites use it.

The Application of Phyton for Netflix Data Protection

The complete and diverse Python library is handy for product development, making Python even more interesting to learn and use. We don't know when Netflix chose Python as its flagship programming language, which must have been a lot of innovations that were present and written in Python.

This is the Phyton's usability in Netflix development:

Have you ever heard about Open Connect? It is the name of the global network responsible for bringing Netflix content (TV shows and movies) to members worldwide. Netflix launched Open Connect in 2011 as a form of improving Netflix's streaming quality.

This type of network is usually referred to as a Content Delivery Network (CDN) or a content delivery network whose job is to deliver internet-based content to Netflix viewers worldwide efficiently. The CDN function for streaming video will start once the recommendation system does its job.

Open Connect requires a variety of software systems to design, build, and operate this CDN, many of which are written in Python. Not only that, but the underlying network devices also use Python.

In 2012, Netflix experienced a seven-hour crash due to a problem with its Amazon Web Services (AWS) service in the United States. At that time, Netflix did not yet have its own data center. All audience interactions with Netflix are served by AWS except video streaming, as the videos (movies or TV Shows) are on their own CDN.

To prevent the same problem from happening, Netflix decided to build a regional failover system that was resistant to the technical glitches of Netflix's basic service providers.

Failover protects a computer system from technical glitches, where the device will be on standby automatically to take over when the main system fails. Now Netflix can do a regional failover in seven minutes.

Teams in Netflix mainly use Python to analyze statistics, typically using Python libraries, such as NumPy, SciPy, and Pandas, that will help analyze lots of signals in case of a problem.

Python also utilized to configure the correlation system so that the work to analyze something can be distributed across workers with an even workload and fast results.

In addition, Python is also commonly used for data cleaning and automation tasks.

Prism, a framenetwork used by Netflix may be beneficial to help security engineers measuring the risk factors.