Does CCNA/CCNP require one to learn programming in Python?

"
This article is part of in the series
Published: Thursday 25th August 2022 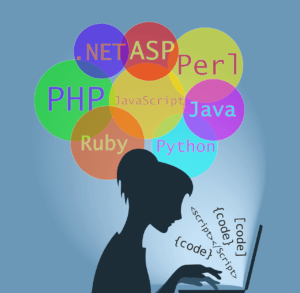 Python is an object-oriented, interactive, interpreted language. It includes dynamic data types, dynamic types, modules, and classes at the highest level. Other types of programming, such as procedural and functional programming, are also supported. In addition to object-oriented programming, Python also supports various programming systems. It supports several Windows systems as well as C and C++. It performs when used with syntax.

Python is also get utilized as an extension language in numerous applications. It is portable and adaptable to various Unix varieties, including Linux, macOS, and Windows. It is vital in the CCNA training. Python is the most often utilized programming language during software development. It is a crucial and significant language for a network engineer. You can find out here a complete guide on Cisco exams.

Is coding required for the CCNA?

A network engineer is unnecessary to have to be fluent in a programming language to be effective. By finishing CCNA, CCNP, and CCIE courses, you may get all of these abilities and find network positions in IT organizations due to your education.

Why is it critical for a network engineer to understand Python?

Compared to other languages, this one is simple to learn and read.

Like most network providers, Cisco favored this language and implemented it in all of its organizations.

Many network automation technologies are already written in Python, making them valuable to network engineers.

Because it is one of the most popular programming languages, it has a sizable community.

Engineers who want to work with this language should ensure that it gets installed on Linux and macOS.

It is currently accessible on a large number of Cisco switches. Because of its popularity, the career opportunity in this scenario is excellent.

It has proven to be the ideal scripting language for many software applications.

Here are some of Python's primary advantages for network engineers and IT organizations:

Cisco, the networking industry's tech behemoth, has unveiled DevNet (Development Network) as a new route for Associate-level and Professional-level certification. You will get the full CCNP 350-401 article on our official site.Network automation engineers are in high demand. However, introducing automation in a network architecture necessitates the expertise of specialists. They can operate a network more effectively using network programmability.

Unfortunately, network engineers lack programming abilities, which inhibits them from adjusting to hiring managers' employment criteria. Python's simple and code-friendly syntax, and its dynamic and powerful libraries, have made it simple for many programmers and large technology organizations to transition to Python, which has replaced many old and prominent programming languages.

If you work in a small firm with few network devices and don't want to become a coder or study network automation, stick to what you're good. You should learn Python and network automation. Finally, many network engineers are concerned that automation and Python will knock them out of employment. That means if you build a series of scripts to perform all your job, your employer will no longer require you.