How To Tell If Your Computer Can Run Python

Python is an extremely versatile scripting language that can be used on the backend of websites, in data science, or for automating tasks. If you're not a programmer and you're wondering if your computer can run Python, there are a few things you can look for. By the end of this post, you will better understand this language, its inherent versatility, and whether your computer or laptop can run it efficiently. 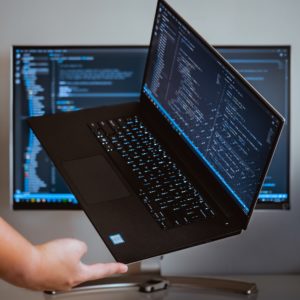 Python programming language is a general-purpose language that can be applied to many different domains. It has a simple, easy-to-learn syntax that is also flexible enough to express concepts in a wide range of environments. Python has been around since 1991 when it was created by Guido van Rossum. It also happens to be highly memory efficient, meaning you don't need to worry about using a highly advanced computer or looking for more storage space to get it up and running. The language is open source and includes an extensive standard library with built-in data structures and algorithms for processing text, numbers, lists, etc., as well as interfaces to many OS systems calls and other libraries from the Python Package Index. It is used for various outcomes, including:

These are just a few of the fantastic things you can achieve with this language, and suffice it to say, if you can imagine something, you can likely achieve it using Python!

What Are The Advantages Of Python Over Other Languages?

Python is a potent language, and while it has some limitations compared with others, it is a great language to learn for its flexibility, clean syntax, and wide range of applications. The primary advantages it has over other, more complex programming languages include: 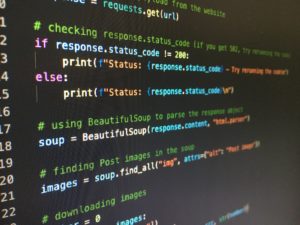 How Can You Tell If Your Computer Can Run It?

The answer to this question is not straightforward. The first thing that you need to do is check the hardware requirements for Python. Fortunately, due to its lightweight nature, almost any modern device can run the software required to start writing and testing the code. However, if your computer is ancient, you might consider upgrading if you are serious. Although Python can run on most machines, older models will make everything slower and more frustrating, facilitating the need to purchase a new one. Nonetheless, you don't need to spend a fortune as long as it has enough RAM to keep you from pulling your hair out, a decent CPU, and an SSD (for the same reasons you need plenty of RAM!).

What Do You Need To Get Started?

Once you are sure that your hardware is up to snuff, you can move on to the software side of things. While some brands like Apple Macbooks tend to have already Python installed, others won't, and you'll need to install it directly via their website. However, one of the best ways for beginners is to use a program like Anaconda, which contains everything you need to get started. You can also install a notebook using Anaconda, like Jupyter Notebook, which allows you to write and test code on the fly.

Python is a great language that is easy to learn and is free to use, and it is an excellent language to start learning thanks to its myriad applications. Moreover, due to its lightweight, you can install it on almost any computer from the past ten years.