Python is a well-liked high-level programming language praised for its readability, simplicity, and flexibility. It is used by developers around the world to build a wide variety of applications, including web applications, data analysis tools, scientific simulations, and more.

If you're a Mac user and want to start learning or using Python, you'll need to install it on your computer. There are a few different ways to install Python on Mac, but using Homebrew is one of the easiest and most convenient options.

In this article, we'll explain what Homebrew is, how to install it on your Mac, and how to use it to install Python. Let's get started!

Homebrew is a command-line utility that allows you to install and manage open-source software on macOS. It is similar to package managers like apt-get (for Ubuntu) or yum (for CentOS). With Homebrew, you can easily install a wide range of open-source software, including Python, on your Mac.

One of the benefits of using Homebrew is that it makes it easy to install and manage multiple versions of the same software. For example, if you're working on a project that requires an older version of Python, you can use Homebrew to install that specific version without affecting the version of Python that is installed on your system by default.

Another advantage of Homebrew is that it installs software in a separate location from the rest of your system, which can help to avoid conflicts and keep your system clean.

How to Install Python on Mac using Homebrew?

Before you can use Homebrew to install Python, you'll need to install Homebrew itself. Here's how to do it:

Step 1 Go to Launchpad > Other > Terminal to launch the Terminal app.

Step 2 Run the following command in the Terminal window and press the return button to get Homebrew installed on your Mac:

Step 3 To finalize the Homebrew installation, you'll be prompted to enter your admin password. To continue, simply type it in and press return again. 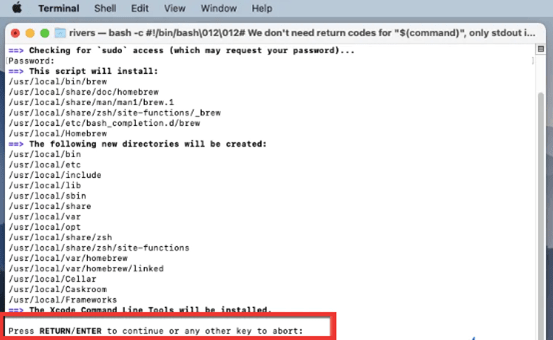 Step 4 Hold off until the installation is complete. Real-time updates to the procedure will be displayed in the Terminal window.

After installing Homebrew, it's a good idea to update it to make sure you have the latest version. To update Homebrew, run the following command in the Terminal:

That's it! You have now successfully installed Homebrew on your Mac. You can use Homebrew to install Python on your Mac.

Step 5 Run the brew install pyenv command in the Terminal window to install PyEnv on your Mac. You can switch between different Python versions with the aid of this PyEnv utility.

How to Check If Python is Installed on Mac Successfully?

There are a few different ways you can check if Python is installed on your Mac successfully. One way is to open a Terminal window and enter the command "Python --version". This will display the version of Python that is currently installed on your system. 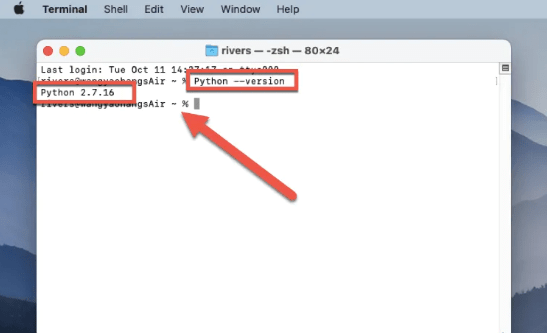 Installing Python on a Mac using Homebrew is a straightforward process to set up a Python development environment on your system. Whether you are just getting started with Python or are an experienced programmer, this method can help you get up and running with Python quickly.

By using Homebrew to install Python, you can take advantage of its powerful package management capabilities and easily install and manage multiple versions of Python, as well as other open-source software packages. If you are planning to use Python on your Mac, installing it via Homebrew is definitely worth considering.