"
This article is part of in the series
Published: Sunday 26th June 2022 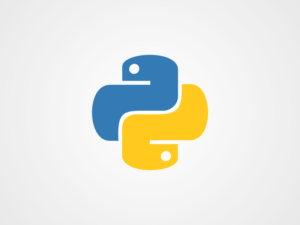 You hear here and there that education is not that important. Generally, the origins of the opinion lie in the fact that schools, colleges, and universities rarely provide students with the professional skills that can come in handy later. While it’s not entirely true, the idea that the education system already did or will fail them is a common belief among half of the prospective graduates.

More often than not, students complain that the subjects at school are pointless. Probably, planning to become a blogger or a YouTuber doesn’t require any of the subjects in school. At least at first glance. And what are students that want to become software developers to do? Certain schools do teach coding. But that’s just one of the subjects, while others take most of your school time.

That’s why traditional homework is put aside. Students are more into finding a college homework helper online so that they can have extra time for learning programming languages. And there are plenty of them to choose from. Some are over thirty years old, while others appeared just recently. Which one to focus on? JavaScript, Elixir, C#?

Here’s where your linguistic studies can come in handy. English has become an international language thanks to its versatility and simplicity. The software development equivalent of lingua franca is Python. It can be used in various aspects, from basic web development to computer science and machine learning. And if you’re using Spotify, the app is built using Python.

Being the English equivalent among programming languages means that it’s quite easy to learn Python on your own. Just read and start coding. But, before going deep into the DIY methods of learning Python, you can check out several useful platforms where you can learn the language:

Now, with that out of the way, let’s check the best ways to learn Python from novice to master. While the tips are no rocket science, it can be rather tricky to figure out where to start.

The most important thing when you are learning something new is consistency. Thus, you need to practice every day. If you want to become a good Python developer, you need to devote at least several hours to coding. But not at first. You can start coding at least half an hour a day.

It’s just like learning new words and grammatical constructions in a new language. The same goes for learning programming languages. Learn how to code, and code every day. But don’t forget about taking breaks from time to time. Repeating is important, but it’s no use when you exhaust yourself.

While it may seem obvious, a lot of people forget to take notes when they learn something new. Take notes on what should be done. Take notes on which aspects you have failed. Moreover, it is better to do it with pen and paper. It will allow you to plan the code beforehand, and it is always better to have a plan of what you’re about to do before moving to the computer.

Another critical aspect of becoming a Python developer and, later, mastering your skills is reading codes written by other developers. The best way to master your unique coding style is by learning from others. It can bring you fresh ideas. You can figure out what you’re doing wrong. Moreover, you can learn that you’re a bit better at some aspects than others.

The question remains — where to find the developers? You can create an account on GitHub, as most developers do. You can find hundreds of great Python developers there, and they all share their codes. So, you can check out the best examples of Python coding and improve your style.

Obviously, if you want to make sure that you write readable codes, you need to share them. Once again, your GitHub account comes in handy. Start sharing your code, and other developers will provide you with advice. But you should be ready for the criticism. It’s possible that you’re doing something wrong, and you may be writing in your own unique style that others can’t grasp.

Even the most experienced Python developers read books on coding. You can always find something which has escaped you on your DIY path. Gladly, there are dozens of great books on Python. From “Python Cookbook” to “Fluent Python.” There are a lot of books that are worth checking out if you want to enhance your knowledge of the programming language.

Keras, TensorFlow, Matplotlib, the more you know, the better. The number of libraries that you can work with turns you into a versatile developer. You can showcase your knowledge of libraries by creating pet projects with them and sharing them on GitHub.

The most valuable application written in Python can be found in Machine Learning and AI fields. That’s why it is crucial to practice your knowledge in Python in those fields as well. You can start by learning the algorithms utilized for projects in those fields and implement them in your own projects.

Those are the main aspects of how to start learning Python and become a master of the programming language. And the best way to have a proven experience with Python is by taking various freelance jobs with the language. Share this experience on your GitHub account. This will make you more attractive to prospective employers.