The best Python libraries to save time 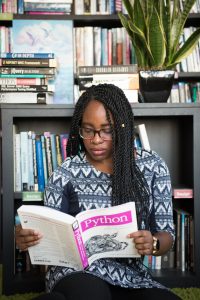 Machine learning and software development are a big part of all the open-source projects created with Python. In recent years, these projects have led to the creation of many jobs in open-source development. The most popular open source projects written in Python are TensorFlow, Keras, Scikit-learn, Flask, Django, Tornado, Pandas, Kivy, Matplotlib, and Requests. 1.TensorFlow. TensorFlow is an open-source software library for machine learning on a various tasks. The library was developed by Google to meet the need for systems that can create and train neural networks to detect and decode images and correlations, similar to the teachings and representations used by humans.

Keras is an open-source neural network library written in Python and capable of running on software such as Deep Learning, TensorFlow, and Theano. It was originally created to perform experiments with deep neural networks. The focus of Keras is on modularity, usability, and extensibility.

Scikit-learn is a library that provides various algorithms for supervised and unsupervised learning through an interface for the Python programming language. This library is distributed under a "simplified BSD license" and has distributions for many different versions of Linux, thus promoting commercial and academic use of Scikit-learn.

Data is one of the main parts of any research paper writing help, but it's hard to process lots of data efficiently. Data visualization allows you to visualize information much more easily. For example, by creating a kind of information map. Today we will look at the five best libraries for data visualization that you can use in your Python projects.

Matplotlib is the most popular Python library for data visualization. It can be used in Python and IPython shells, Python scripts, web application servers, etc. This is a 2D graphing library that is over 10 years old and comes with an interactive platform. You can use this library for various purposes, such as creating graphs, histograms, power spectra, stem-list diagrams, pie charts. The best thing about Matplotlib is that you need to write a few lines of code, and it handles the rest on its own. Metaplotilib focuses on static images to publish along with interactive shapes, using toolkits like Qt and GTK.

The Seaborn data visualization library is also based on Matplotlib. If you are looking for more advanced options for your work, try this Python library.  It comes with a full-featured interface for drawing attractive and informative statistical graphics. Its KDE-based visualization API is more concise than other similar libraries. Seaborn works hard to make visualization a central part of understanding and exploring data. Seaborn is fully integrated with the PyData stack, including support for NumPy and pandas data structures.

It is a declarative statistical library built on the popular Vega-Lite visualization grammar. Altair is consistent and has a simple API.  Using this data visualization library, you can create beautiful and efficient visualizations with minimal code. After all, in a declarative library, you only need to mention one link between data columns to the coding channels, and the rest will be handled automatically.

Plotly is a web-based data visualization toolkit that comes with unique features such as dendrograms, 3D diagrams, and contour charts, which is not very common in other libraries. It has a great API that offers point charts, line charts, histograms, error histograms, box plots, and other visualizations.

ggplot is a declarative graphics creation system. It is based on the graphics grammar of the R programming language and is tightly integrated with Pandas. ggplot simply requires that you declare how to map variables for use and handles the rest automatically. If you know of any other library that deserves a place on this list, let us know in the comments below.